This is not just a pen this is a high-end, luxurious pen perfect for the 'experts' in your life. This is a gift for those who appreciate the fine art of a pen. This Waterman Expert fountain pen brings smart Parisian styling to the everyday. This lightweight pen is finished in a sophisticated gloss black lacquer with palladium plated clip and trip. 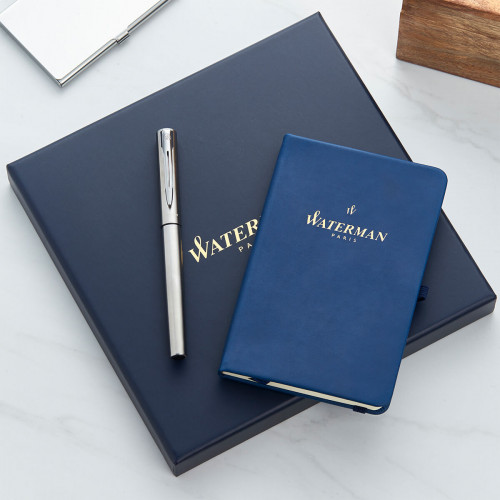 A premium gift perfect for graduates heading into the professional world. Give a luxury stationery gift set with this beautiful waterman notebook and pen set. Waterman is a luxury pen brand with over 130 years of history, crafting excellent products in France. The gift set features an A6 Waterman notebook perfect for carrying around and making quick notes. 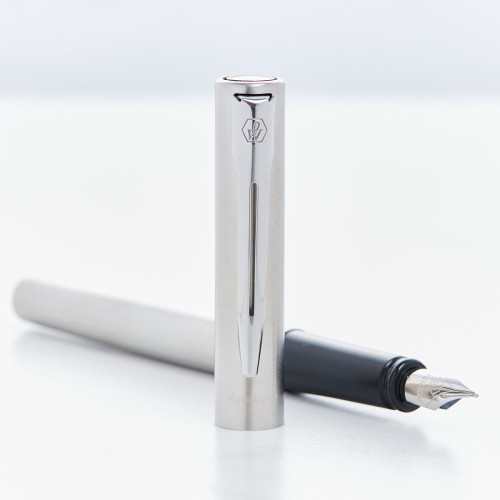 Looking for a gift for a recent or soon to be graduate, this premium quality Waterman Graduate Fountain pen is the perfect piece of stationery. This sophistication of this luxury fountain pen comes from 130 years of Waterman history. This lightweight sleek design offers the perfect balance between writing comfort and style. 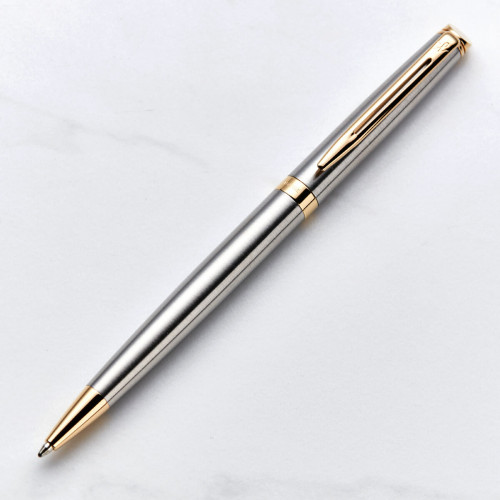 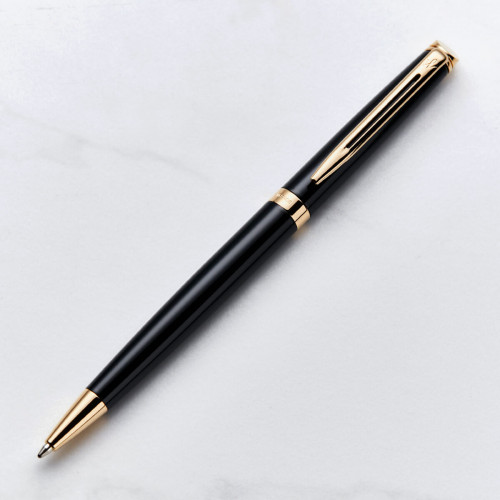 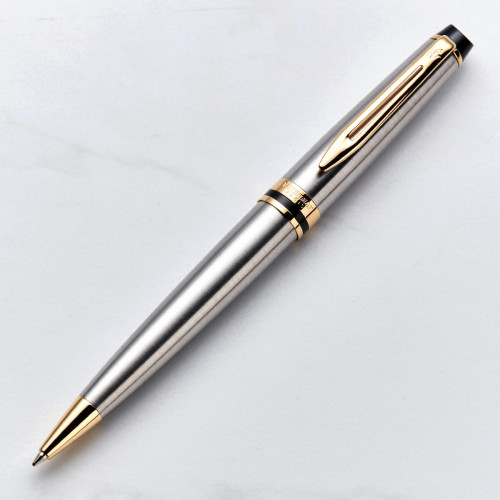 At Boutique Gifts we offer a range of Waterman’s luxury pens, which can be engraved with a name for a timeless gift for a loved one.

A Waterman pen is a luxury item for those who love to write and appreciate fine craftmanship. With the ability to engrave your pen, we can create a gift that will stand the test of time and be adored by the recipient.

Our Nottinghamshire workshop has a team of expert engravers using state-of-the-art technology to engrave luxury pens to your specification.

One of the most popular items in our range is the Waterman Notebook & Pen Gift Set, which features the Waterman graduate fountain pen and an A6 notebook, with 80 lined ivory-coloured pages. Another popular pen in the range is the Waterman Hemisphere Rollerball Pen, which exudes elegance, with clean lines and minimalist detailing bringing its stylish simplicity to the fore.

Waterman’s first pen was invented in 1884, from the loss of a big sale with a client due to a leaking fountain pen. Lewis Edson Waterman invented the ‘Three Fissure Feed’, which was the first pen to prevent excessive discharge of ink when the pen is in use. In 1888, the company originally named the “Idea Pen Company” was renamed to the LE Waterman Company.

In 1899, Waterman developed the ‘Spoon Feed’ supplying system, to prevent ink overflow and in 1900, LE Waterman Company received a Gold Medal of Excellence at the “Exposition Universelle” in Paris.

Throughout the next century many more innovations were made. In 1904, the pen clip is invented, allowing the pen to be help in a pocket, and in the same year the company introduces Safety, the first completely ink-flow-proof retractable pen.

In 1926, Jules Fagard created the JIF-Waterman company in France, where the pens would be manufactured. Over the next 30 years many more pens were designed, but more notably in 1953, the CF model was introduced, which was the first model to include the now iconic Waterman clip design. In 1953 the plastic pen cartridge was welcomed to the range.

A new factory in Saint-Herblain was opened in 1967, followed by Francine Gomez being appointed to the CEO of JIF-Waterman. The company celebrated it’s 100th anniversary in 1983 with the Man 100 pen, which became an icon for fine writing pens.

Waterman continued going from strength to strength with five new pen ranges in the 1990’s, including the Expert, Edson, Hémisphère, Carène and Serenite. In 2001 Waterman entered the Newall Brands group and continued to introduce new collections of pens, such as the Audace and Perspective along with the Elegance – the ultimate pen jewel.